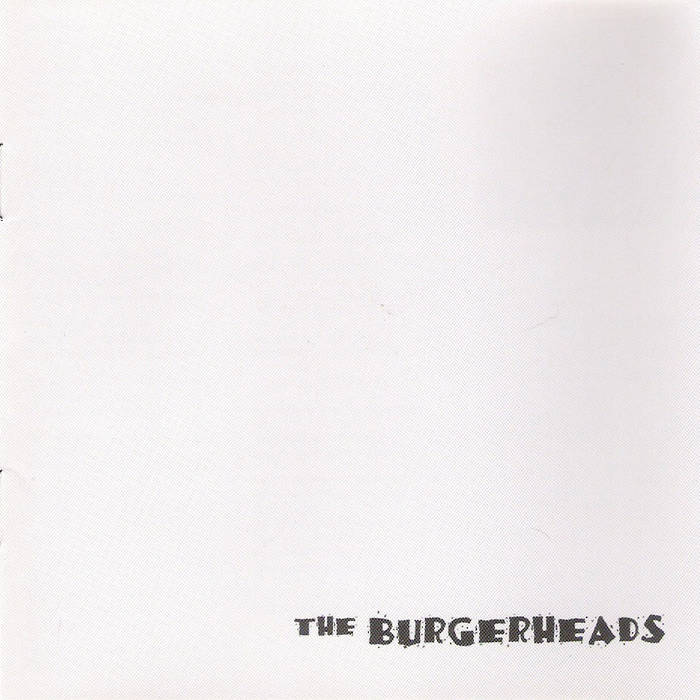 chainsmoker82 These songs were made by a group of friends for fun and it really shows. One of my favorite albums in a long time. Favorite track: You Need Love Too.

The Burgerheads are a group of friends who got together late 70's early 80's to write and record music just for fun.
David Kennedy (Guitar Vocals and keyboards) Frank Watt (Drums, Vocals and much more...) Ken Wannamaker (Bass and Vocals) and Dee Long (Guitar, Vocals and Keyboards) recorded many of these songs on 4 track or 8 track in a variety of locations.
At one point we recorded on 4 track at Dee's (my) rented home in the basement.
With a low ceiling and a dirt floor we set up a small studio using heavy blankets to isolate the drums and other instruments from each other and a makeshift control room.
The mixer was hand made by Ivan, the technician at Toronto Sound Studio and we had a spring reverb and an analogue delay line for effects.
Some songs were recorded at the Long cottage in Ontario, and at one point we set up on the porch and performed “New Summertime” for a video shoot.
The echo of the bass drum off the mountains was amazing!
Fortunately this was during a time of year when there was no one else around to complain about the noise!
Some recordings were done at Frank Watt’s studio “The Carriage House”.
Later several songs were recorded at ESP studios in Buttonville, where Klaatu recorded the Magentalane album.
Many guests appear on these songs including some famous names like Grammy award winning producer John Jones (www.johnjones.com) and soundtrack guru Gerald O’Brien (www.geraldobrienmusic.com).
The album was masterfully mastered by David Bradley (klaatu.org).
It is important to note that two of the songs the Burgerheads recorded are not in this compilation.
Since I was signed to a publishing deal at the time and those two songs appeared on a Klaatu album, the Burgerheads did not have permission to include them on this album.
The CDs that were pressed with these songs included were withdrawn to comply with copyright.
This download does not include those two songs but the rest of the album is a great listen in its own right.
Dee Long (Klaatu)

My band Klaatu found World wide attention in the 70s.
Albums on this site were all recorded after leaving Klaatu.
“Been Here Before” was recorded at ESP studios in Buttonville Ontario.
“Digital” was recorded in Britain where I worked at AIR studios with George Martin.
“Outside”, “Welcome To The Future”, “Life AfterLife” and “Run 4 Cover” were all recorded at my home studio on Seton Lake, BC. ... more

Bandcamp Daily  your guide to the world of Bandcamp